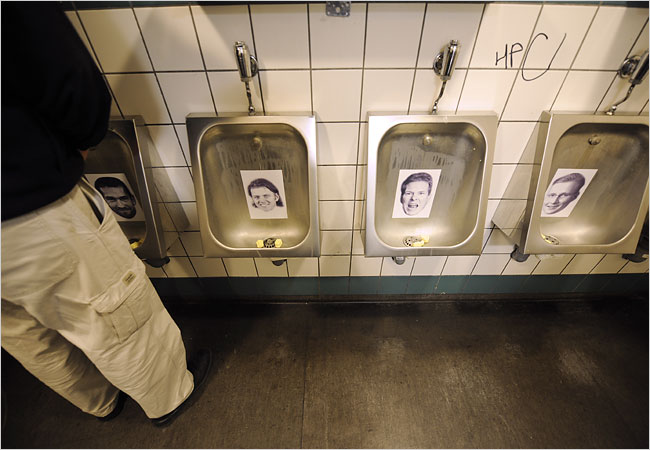 Free marketeers in the toilet in Iceland

These are evidently pictures of bankers who fled Iceland after leading the country into bankruptcy. A restaurant in Reykjavik paid homage to them in this clever way. Could similar tributes be organized in lower Manhattan? Or is the U.S.A. still pissing its future away by indulging the acolytes of Ayn Rand, Milton Friedman and the fop pied piper, Ronald Reagan? Ask Timothy Geithner. 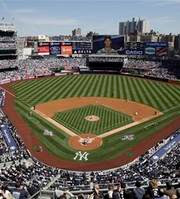 In the first three games at the new Yankee Stadium, there have been seventeen home runs. Yesterdays score was 22-4 with the Indians beating the Yankees. As I watched the spectacle on TV, it seemed that lazy pop flies to right field became homers.

Will this become a chapter in "Great Architectural Disasters"? An appendix to "Form Follows Fiasco?" Will the place have to be re-engineered? Will they have to build a huge screen like the one in the L.A. Coliseum left field when the Dodgers first
moved west?