Radiation at Fukushima is killing robots (What about us?) 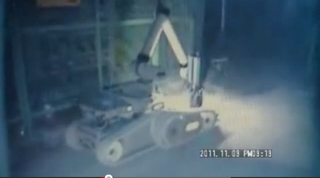 The news from the Fukushima Daiichi nuclear plant seems to get worse day-by-day, more than a year after the calamitous earthquake, tsunami and subsequent multiple meltdowns at the site.  Because levels of radioactivity have reached 73 sieverts per hour in the reactor 2 containment structure, it is no longer safe for human beings to enter the wreckage.  According to the Tokyo Electric Power Company, owners of the plant, "People exposed to such high levels of radiation in just a minute would become nauseous and could die within a month."  Uh oh.....

Earlier reports about efforts to contain the disaster waxed enthusiastic about wonderful new robots that could withstand levels of radiation far in excess of what humans can endure. Yes, we have the technology!  Here's one such account from last November.


Unique video sequences, authorized by Tokyo Electrical Company (TEPCO), have been published by Japanese Robonable showing U.S. military robots operating inside Unite 3 reactor building at Fukushima Daiichi Nuclear Power Station. The iRobot PackBots  are preparing for the establishment of a system to reduce gas pressure in the reactor containment vessel. A similar system had been installed in Unit 1 and Unit 2 of the damaged nuclear reactor leading to reduction of emissions of radioactive material.
Alas, hopes of this kind have been dashed.  Current levels of radioactivity at Fukushima quickly destroy the smart, durable military robots sent in to hoist the plant's simmering trash.  In a report from The Epoch Times:


Even robots, endoscopes, and other devices cannot be deployed inside of the containment chamber, because the high radiation would render them useless, the company said. Radiation can damage computer chips and alter images taken via cameras.
The radiation levels are the highest discovered by the company since the plant was crippled during the earthquake and tsunami a year ago.
Like many of the actual and brewing disasters of our times, the predicament could prove to be a godsend for research and "innovation." "TEPCO spokesperson Junichi Matsumoto noted that the company needs to develop devices and robots that are resistant to high levels of radiation."

So get  those grant proposals written, folks!  Think of it as boost for the great "Singularity" and its contributions to the "Next Generation of Nuclear Power" just around the corner (or is it "coroner"?). 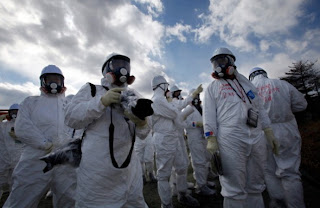 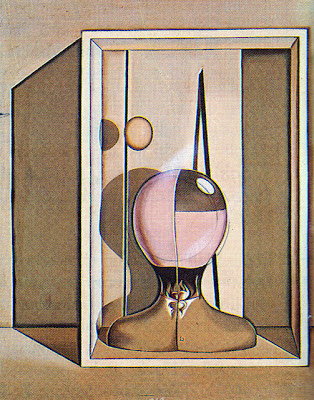 At present the Prado Museum in Madrid has a wonderful collection of art on loan from the Hermitage in St. Petersburg.  At the very end of the exhibition I came upon a fascinating painting, "Metaphysical Still Life," by Giorgio Morandi (1890-1964),   The written explanation next to the work made the painting all the more interesting.  I've long been puzzled by the influence -- including political influence -- that material artifacts exercise within human affairs.  Morandi's view of the situation moves the question to a truly sublime level.  Here's the text on the wall.
Morandi used the methods of "Metaphysical Painting," depicting simple objects of different geometrical shapes with few details, a limited palette and an emphasis on the key volumes.  He includes a mannequin, icon of the Metaphysical aesthetic, as a metaphysical expression of the idea that it is objects that control human beings and that the secret of their power is not governed by logic and cannot be revealed.
Now that I'm aware of Morandi's basic vision, I plan do some further poking about to see exactly what he had in mind.
Expect epiphany!
Posted by Langdon at Wednesday, March 21, 2012 1 comment:

Hey, this machine's got a good job! So what's your beef? 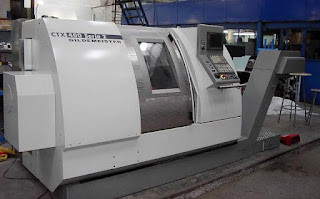