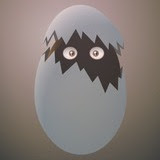 Especially as I monitor the discussions in the ongoing presidential campaign, it seems that the U.S.A. has finally become unhinged -- disconnected from any sense of the realities that ought to be urgent topics for public debate.  The downward spiral of imagined concerns has now hit rock bottom with renewed attention to a subject most of us thought had been settled half a century ago, the right of couples to exercise contraception.   Are we headed back to the Dark Ages?
One question that has almost vanished from sight is the nation's energy policy, its present at future course.  Other than increasingly loud complaints about rapidly rising gasoline prices, the discussion about energy in Washington and elsewhere has ground to a halt.  Rather than pursue much needed measures to cut consumption fossil fuels and to speed the necessary transition to renewable, carbon neutral, non-radioactive energy sources, the country seems bound and determined to persist in its "Drill, baby, drill" fantasies about energy abundance, dreams accompanied by ever louder drumbeats in Washington and the TeVee news promoting  another costly, futile energy war in the Middle East.
It seems hard for our dumbed-down, bought off  political elites and for much of the citizenry to understand how little time there is to recognize the basic facts about energy and to start moving in more positive directions.  One problem seems to be that the literature on matters like the arrival of "peak petroleum" is just too voluminous and complex for everyday folks and ordinary politicians to understand.  That excuse, however, will now be much harder to hide behind because the good people at Incubate Pictures and the Post Carbon Institute have combined forces to produce a well-researched, engaging, animated, half hour long film, "There's No Tomorrow" by Dermont O'Connor, that lays out the multimillion year history and present predicament of fossil fuels in a way that is both entertaining and informative.   It deserves an Academy Award for best short movie.  Both adults and children can understand can grasp its argument and data with ease.   Take a look and then take action!
Posted by Langdon at Sunday, February 19, 2012 1 comment:

If these are the next 5 "big" technologies, I'd sure like to see the small ones 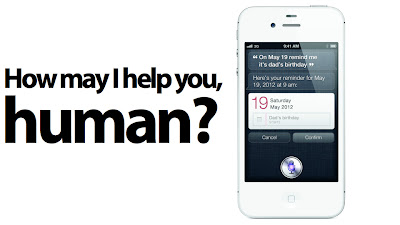 Occasionally the doors to the research laboratories in Silicon Valley and other high tech centers open just a crack to reveal what the geniuses and entrepreneurs inside are doing to improve humanity’s future.  That’s why I always take notice when I see headlines like this one from KGO-TV in San Francisco: “Next big 5 technologies that will change your life.”
Oh good!  What does the future hold in store?
This time the story features some visionary, blue sky projections from Bernie Meyerson, IBM's vice president of innovation.  In tones of earnest excitement Meyerson describes the astonishing breakthroughs just over the horizon.
1.  Phones and computers will actually know what you’re thinking (by observing your behavior);
2.  No more spam (the filters will improve);
3.  No more passwords (computers will have facial recognition, voice recognition, etc.);
4.  New ways to charge phones (micro-generators produce energy from the body’s motion);
5.  The digital divide will disappear (as godsends like items 1 through 4 trickle down to the world's grateful poor).
It comes as no surprise that silliness like this comes from a vice president of “innovation.”  To a great extent, “innovation” has become the brand name for projects of breathtaking triviality.   For those obsessed with “performance measures,” here are some good ones – “metrics” for a civilization that staunchly refuses to apply the best of its knowledge to the world’s most urgent problems – peak energy, climate crash, global inequality, world hunger, environmental crises too numerous to list -- but instead generates an endless stream of clever toys designed for high end consumers already sated with gadgets galore.
Max Weber accurately described our predicament about a century ago:
“Specialists without spirit, sensualists without heart; this nullity imagines that it has obtained a level of civilization never before achieved'"
(from The Protestant Ethic and the Spirit of Capitalism, 1905)
Posted by Langdon at Wednesday, February 08, 2012 4 comments:

The real pirates are in the music industry

It's our damned song now, matey!  We stole it fair and square.

One of the many amusing features of the otherwise serious disputes about so-called "online piracy" and of proposed legislation to stop it -- SOPA/PIPA -- for example, is the use of the term "piracy" by organizations that have been stealing artists and consumers blind for decades.  Thus, to cite just one category of abuse, it was long standard practice within record companies to trick songwriters into signing over the long term rights to their songs, the "publishing" rights.  That meant that the corporation, not the artist, received royalties for any further recordings of the song. Several generations of musicians were led to believe that "publishing" was something like printing the sheet music copy of the song and since they didn't want to be involved in the printing business, of course they wouldn't mind signing that "little" feature of a contract waved in their faces.

Today's puffing and spouting by large corporations about "piracy" of songs and movies has much the same character.  It turns out that those most concerned about the "theft" of music online are still busy stealing songs themselves.  This article from The Hollywood Reporter tells the story of the voracious Universal Music Group (UMG) and its war against some rap musicians.


The contract between UMG and YouTube over use of a "Content Management System" remains secret, but the ability to remove videos from YouTube could become controversial quickly. Just witness what happened to one rap group who found it impossible to put up one of its own songs on YouTube.
The rap group known as After the Smoke had created a song entitled, "One in a Million."
The song included a dancing keyboard rhythm and a scattered beat that was catchy enough that it became the underlying music to a track, "Far From A Bitch" by another rap group artist known as Yelawolf, signed to a UMG label.
When Yelawolf's song was leaked without authorization, UMG allegedly stepped in and had the song removed.
But in the aftermath, YouTube's filtering technology, perhaps on the lookout for any reposted copies, took down "One in a Million," angering  group member Whuzi. "We were like, 'Wait a minute? What's going on?'"Whuzi told Vice Magazine. "When I looked into it deeper and tried to contact YouTube and went through the all the correct procedures, they told me the entity that owns the copyright to our song was Universal."
After the Smoke is not signed to any Universal label.