Tens of thousands of Norwegians sing a song the killer hates


In a plaza in Oslo today some 40,000 Norwegians gathered in to sing a song, "Barn av Regnbuen," Children of the Rainbow.  The song celebrates the tolerant, multicultural society that most people in the country revere.  It's also the kind of society that Anders Behring Breivik, now on trial for killing 77 people last July, openly hates, a sentiment that apparently motivated his murderous rampage.

Here are the words to the song with my translation:

A sky full of stars.
Blue sea as far as you can see.
A land where flowers grow.
Can you wish for more?
Together we will live
each sister and each brother.
Small children of the rainbow
and a fertile soil.

The song is an adaptation of Pete Seeger's classic "Rainbow Race" (1917), embraced by Norwegians as a national favorite.  Here's Pete's original version on YouTube: http://www.youtube.com/watch?v=XxXzD0eQQBg

Twenty years ago I lived with my family for a year in Norway and came to love the place and its people.  I applaud them for joining together in the face of great tragedy to raise their voices in song, affirming the simple truth that unites them. 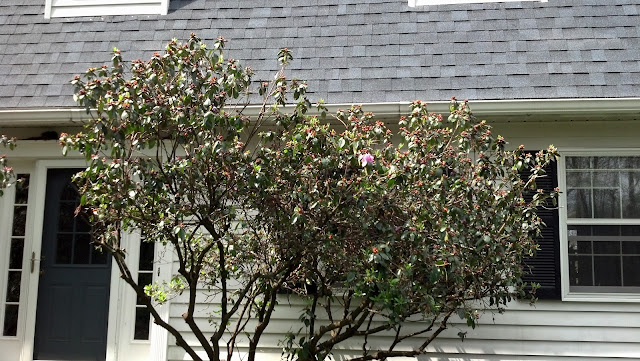 Today I noticed one pink azalea in front of my home in Chatham, New York.  Usually, at this time of year, hundreds of flowers sprout from the two thirty-year-old plants that grace our front porch.  But in the middle of March there was a spike of very warm weather that encouraged the plants to begin to blossom about a month early.  Just as the flowers were beginning to emerge, a freeze stuck the region, killing all the azaleas, or so I thought.  Today this one little survivor announced its presence.

This is small testament to much a much larger pattern: destruction of Earth's climate, bringing increasingly capricious weather that now assaults both nature and civilization.

Next generation nuclear power is just around the coroner 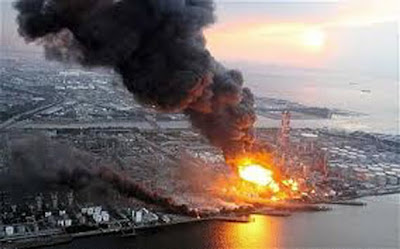 If the disaster at Fukushima were not enough, it turns out that the perpetually dismal economic profile for nuclear power has gotten even worse.  At the level of sheer business calculation the question about nuclear power plants has always been whether they were even remotely feasible without huge government subsidies as well as the legal regulations (oh, no -- not regulations!) that shifted most of the liability for any nuclear accidents to US taxpayers.  As the nuclear industry and the Obama administration boldly plow ahead with plans for "the next generation" of radiation producing plants and their occasional byproduct --  electricity --,  a significant voice has begun speaking out.

John Rowe, former CEO of Exelon, the nation's largest producer of nuclear power, has now pulled away the curtain to reveal the industry's wizards frantically twisting the dials on what now seems to be a six decade long failed experiment.  As reported in Forbes, Rowe offered his well-informed, no-nonsense assessment at a University of Chicago conference last week.


Nuclear power is no longer an economically viable source of new energy in the United States, the freshly-retired CEO of Exelon, ... said in Chicago Thursday.
And it won’t become economically viable, he said, for the forseeable future.
“Let me state unequivocably that I’ve never met a nuclear plant I didn’t like,” said John Rowe, who retired 17 days ago as chairman and CEO of Exelon Corporation, which operates 22 nuclear power plants, more than any other utility in the United States.
“Having said that, let me also state unequivocably that new ones don’t make any sense right now.”
....
“I’m the nuclear guy,” Rowe said. “And you won’t get better results with nuclear. It just isn’t economic, and it’s not economic within a foreseeable time frame.”

It's always refreshing to hear straight talk from well-placed business people.  Too bad frank confessions of this kind usually arrive a the person is flying skyward on a golden parachute.  (Did I hear the faint echo of the word "suckers!" as the sail vanished over the horizon?)   Why didn't Rowe tell us this before all the excitement about the new nuclear boondoggles in the U.S., like this one in today's news for example?


Scana Corp. has received approval to build two nuclear reactors at its Virgil C. Summer plant in Cayce, S.C., at a cost of US$10.2 billion.
Scana applied to the Nuclear Regulatory Commission in 2008. The first reactor is scheduled to begin generating electricity in 2017, about a year later than expected because of delays in the NRC's licensing process, the company said in a statement. But the second unit will be commissioned in 2018, a year ahead of schedule.
Don't worry about the national debt or the "austerity" attacks on Medicare, Medicaid, Social Security, food stamps, etc.  Just get those big nuke subsidy checks in the mail, Barack.

For those interested in the mindset of nuclear power and similar obsessions, here's an always reliable handbook.