Conservatism on the march ... again

It was amusing to find Rand Paul shamelessly promoting himself as President during the Senate hearings with Hillary Clinton this week.  This is another sign that Republican extreme "conservatives" are now in a crisis about their basic beliefs and, more than that, their "brand" as a whole.

The photo montage says it all.
Posted by Langdon at Sunday, January 27, 2013 2 comments:

Why so few utopias in science fiction cinema? 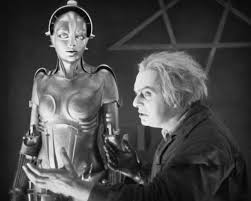