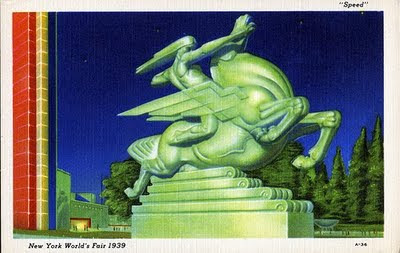 Philosophy of Technology in a New Key
By: Langdon Winner
Whatever its particular ideas, claims, arguments, theories, and schools of thought, much of modern philosophy of technology has played its compositions within a particular key signature.
For want of a better term, I would call it the key of Techno-triumphalism. Its familiar themes are progress, advance, conquest, improvement, revolution, prosperity, growth, development, democratization, and two new favorites -- innovation and sustainability.
Over many decades much of the discussion among philosophers has focused upon ways to somehow modify the grand trajectory of triumphalist thought, to correct it when it veered off course.
If only we could move the project at little this way or that way, understand and interpret it more intelligently, then things would be fine. Let’s include ordinary people in decision making. Let’s emphasize the environment in our schemes for improvement. Let’s recognize the voices and contributions of women, of people in developing countries and of others who have traditionally been marginalized.
But the underlying, largely unquestioned, conviction has been that our path surely leads onward and upward. More scientific knowledge along with enhanced philosophical clarity will surely produce better technologies, greater prosperity, and improved prospects for human well-being. Such are the lyrics in classic songs sung in the key of Techno-triumphalism. Unfortunately, these days, the melody sounds discordant, while the words increasingly lack conviction.
The grand chorus among today’s universities, tech parks and entrepreneurs is “Celebrate! We’re doing innovation!” But if one looks closely, “innovation” is primarily a label for processes and products useful to the world’s wealthy few and as money pumps for global corporations. No longer can the great majority of human beings on the planet expect to benefit much, although within the neoliberal refrain, some of the wealth may eventually “trickle down.”
Even within the terms of the most optimistic triumphalist projections, current trends are not all that favorable. Some recent analyses of present technical and economic trends take note of an obvious fact – that the 21st century so far has not been a period of world-altering material improvements, but instead an era of technological of stagnation and triviality. (Need I mention flat screen TVs, iPads, Viagra, and other signature products of our era?)

And whatever happened to prosperity from the bubbling cauldrons of nanotech? Where are all those phenomenal high tech industries that were supposed to generate high paying jobs for our children, replacing work lost to global outsourcing?
Along with their fellow citizens, today’s philosophers of technology are reluctant to admit that the great festival of the twentieth century (especially in the U.S.A.) – with the automobile, suburb, hyper-consumerism, and the frantic consumption of fossil fuels – is winding down. The era of peak petroleum has probably already arrived and there are simply no good, readily available, cheap substitutes in energy supply. And since our food supply rests squarely on petroleum, this foreshadows continuing crises in supply and cost of food. One can add to this the growing recognition of peak water and peak availability of wide a range of natural resources.
As ominous signs about energy and other material needs accumulate, our leaders in business, government and the academy staunchly refuse to face our predicament squarely, preferring to repeat the beguiling triumphalist tunes of the 19th and 20th centuries.
Perhaps even more significant in the long term is the advent of rapid, possibly irreversible, anthropogenic climate change bringing monster storms, devastating droughts, melting glaciers, rising seas, massive floods, and other disasters.
The good news is that in a bold move to address the problem, the U.S. House of Representatives recently voted on the proposition “climate change is occurring, is caused largely by human activities, and poses significant risks for public health and welfare.” The resolution lost 240 to 184.
Reflected in this breathtaking vote is an attitude shared by many of the world’s political and business leaders and, alas, quietly shared by many philosophers – a state of complacent denial.
Perhaps the coming “singularity” will save us. Or maybe an unexpected miracle from the research and development labs will confront the combined crises of energy, climate, world hunger, and social unrest, dispatching these maladies with a wave of a magic wand.
My modest suggestion is that a central project for philosophers of technology in the years ahead is to achieve a clear, rational, and hopeful view of human prospects beyond Techno-triumphalism.
There is not enough time today to spell out what this project would entail.
Certainly it would include an awareness of the sweeping consequences of peak energy and climate change. To my way of thinking, it would also involve frank recognition that the core belief of contemporary civilization – that technological development brings economic prosperity, the sure pathway to universal human well-being – is now an exhausted, largely discredited myth.
A realization of this kind need not be occasion for despair. It is clear that humanity must somehow live more lightly on planet Earth, a challenge that necessarily moves questions of social justice to the forefront of concern.
Can the inquiries of philosophers and the anthems of world societies be written in a new key signature?
Strike up the band.
Posted by Langdon at Tuesday, May 31, 2011 4 comments:

A Conceptual Map of the Real Democracy Now! demonstrations in Spain

While it helps to have a Spanish dictionary at hand, the basic landscape is clear: contemporary events, deeper histories, national and international organizations, actions, and the interweaving of the Net and political life. The map is included in a web site announcing a radio broadcast for Sunday, May 22, linking the various sites of protest around Spain.

While the U.S. media has take little notice of these events (too busy worrying about important matters like Arnold Schwarzenegger's illegitimate child), the BBC lead story this afternoon was a report on widespread demonstrations in Spain and their significance for the upcoming elections.
Posted by Langdon at Saturday, May 21, 2011 1 comment:

Photo from the Real Democracy Now! movement in Madrid
Posted by Langdon at Thursday, May 19, 2011 1 comment:

Manifesto of the Real Democracy Now (¡Democracia Real YA!) movement

Here's the English translation of a Manifesto issued by the movement of unemployed young people and other citizens that is rocking Spain at present. Its points could apply to the U.S.A. and elsewhere, in my view.

We are ordinary people. We are like you: people, who get up every morning to study, work or find a job, people who have family and friends. People, who work hard every day to provide a better future for those around us.
Some of us consider ourselves progressive, others conservative. Some of us are believers, some not. Some of us have clearly defined ideologies, others are apolitical, but we are all concerned and angry about the political, economic, and social outlook which we see around us: corruption among politicians, businessmen, bankers, leaving us helpless, without a voice.
This situation has become normal, a daily suffering, without hope. But if we join forces, we can change it. It’s time to change things, time to build a better society together. Therefore, we strongly argue that:
The priorities of any advanced society must be equality, progress, solidarity, freedom of culture, sustainability and development, welfare and people’s happiness.
These are inalienable truths that we should abide by in our society: the right to housing, employment, culture, health, education, political participation, free personal development, and consumer rights for a healthy and happy life.
The current status of our government and economic system does not take care of these rights, and in many ways is an obstacle to human progress.
Democracy belongs to the people (demos = people, krátos = government) which means that government is made of every one of us. However, in Spain most of the political class does not even listen to us. Politicians should be bringing our voice to the institutions, facilitating the political participation of citizens through direct channels that provide the greatest benefit to the wider society, not to get rich and prosper at our expense, attending only to the dictatorship of major economic powers and holding them in power through a bipartidism headed by the immovable acronym PP & PSOE.
Lust for power and its accumulation in only a few; create inequality, tension and injustice, which leads to violence, which we reject. The obsolete and unnatural economic model fuels the social machinery in a growing spiral that consumes itself by enriching a few and sends into poverty the rest. Until the collapse.
The will and purpose of the current system is the accumulation of money, not regarding efficiency and the welfare of society. Wasting resources, destroying the planet, creating unemployment and unhappy consumers.
Citizens are the gears of a machine designed to enrich a minority which does not regard our needs. We are anonymous, but without us none of this would exist, because we move the world.
If as a society we learn to not trust our future to an abstract economy, which never returns benefits for the most, we can eliminate the abuse that we are all suffering.
We need an ethical revolution. Instead of placing money above human beings, we shall put it back to our service. We are people, not products. I am not a product of what I buy, why I buy and who I buy from.
For all of the above, I am outraged.
I think I can change it.
I think I can help.
I know that together we can.I think I can help.

I know that together we can.